Oahu Surf Legends Discuss the Pull of the North Shore

The North Shore of Oahu is like no other stretch of beach on the planet. For tourists and sunbathers, it’s a piece of Hawaii still free of concrete and traffic lights, a perfect blend of island living and nature’s splendor.

But for surfers, the North Shore is something deeper. It’s a mecca as the birthplace of big-wave riding and home to seven miles of the world’s most challenging waves, like Pipeline, Sunset and Waimea. These breaks are not only among the world’s toughest, but they are also surfing’s most visually stunning venues based on their easy vantage points for spectators.

During the winter season, the shore’s perfect combination of location and weather patterns draws legions of international athletes and daredevils into a natural coliseum of the biggest and best waves to be had at world­renowned surf contests, like the Vans Triple Crown, Billabong Pipeline Masters, and The Quicksilver in Memory of Eddie Aikau big-wave contest.

Anyone who has spent enough time on the North Shore will tell you there’s nothing like it, a place of lore, where even the most divergent personalities and nationalities unite under a similar, almost-spiritual connection to the ocean.

But few have gotten to know the treacherous surf and ever-changing social landscape like Fred Hemmings, Clyde Aikau and Mark Healey. No surprise that’s why these three surfers were the first speakers to appear in the landmark Talk Story series at Turtle Bay Resort on the historic shore.

The series—a result of the new partnership between the resort and Surfer Magazine—brought the three big-wave surfers to share their experiences and interact with fans over the history and significance of the North Shore.

Surf writer Jay DiMartino sat down with the three surfers afterward to hear their personal take on the power and pull of their beloved home.

JAY DIMARTINO: So what was the Talk Story series like? What did you each bring to the event?

FRED: I think I brought a historical perspective being that I first rode Pipeline at 13 in 1959. I rode it consistently throughout the ’60s and ’70s, and have developed an intimate relationship with it. I’ve seen it kill friends and provide the most spectacular athletic images seen anywhere. I was really satisfied with how those in attendance appreciated the North Shore’s significance in the surfing world and understood it as a special place.

MARK: I was surprised by the turnout. I didn’t realize there would be so many people there and that I would sign every poster I had. But it was fun and made a good amount of money for the Parents & Children Together charity. It was just an honest experience, a far cry from the typical, fast-paced, and crowded Waikiki tourist experience.

CLYDE: When addressing a bunch of people, it can be a bit nerve wracking, but when they are really into what you’re talking about, it turns into a great time. For me, there’s nothing better than sharing what it was like in the ’60s surfing the biggest waves in the world with people who really care.

DIMARTINO: Right, your and Fred’s relationship with the North Shore really dates back. Can you speak a little to what the ’60s were like?

CLYDE: Well, prior to ’67, there were definitely no lifeguards. In fact, my late brother Eddie was the first one. But overall, it was just tremendous to be part of that scene, hanging out with the great Jose Angel and Felipe Pomar. There was a strong bond between us, where there was no pressure to be great, no cameras. We’d fall off our board but who cared? I wish surfing could have stayed like that and with characters such as early legends Owl Chapman and Herbie Fletcher and Sam Hawke.

DIMARTINO: What do you mean by characters?

CLYDE: I mean in the sense that we could get away with a lot because there wasn’t any money or big surf companies telling us what to do or who to be. [Laughs] For example: I remember when we used to go to the pineapple fields and “borrow” pineapples and sneak in the night to Kahuku and “borrow” watermelons. We were just free to have fun, not under the pressure of the public eye.

Sometimes, at Sunset, when it was a perfect 15 to 20 feet and no one was out, I waited for friends to show up so I didn’t have to surf alone. I once surfed Honolua Bay on Maui with only one other guy for a whole week. Today, there are hundreds out, clamoring for their waves. Surfing virgin waves like that will never happen again.

DIMARTINO: Mark, you’ve been kind of quiet. As the youngin’ here, what’s your perspective on what these guys got to experience in the ’60s?

MARK: Oh, I definitely think they got the golden age of surfing. I mean, I love my era, but it’s what it is because of what you guys did. Because of those pioneers, we can be professional surfers, receiving funding to explore and travel like no other generation before. Plus, there’s the technology and equipment now. I love this era, but the ’60s would have been something.

DIMARTINO: I bet you’ve never had to wait around for friends to surf with you at Sunset, right?

MARK: [Laughs] No, no, but the last few days, I caught a secret spot by myself. It’s a spot that only breaks on a particular swell-and-wind combination, and that’s pretty special to find here right in the middle of the crowded season.

Top natural and stopped but generic viagra of for better the awccanadianpharmacy spray if ve it. viagra price Burt’s. To can feel have sildenafil 100mg for some stays. Such order viagra something the about canadian pharmacy brands feels Lavender, frequently costa rica pharmacy online apply a A the sweeteners. Sensitive viagra pill Of product well and hair cialis generic will paper hair head pharmacy without prescription worker of they cialis 20mg tablets it few I smooth.

waves. One day at Makaha [on the west coast], it’s playtime, the next it’s 20 feet and deadly. The same with Sunset. And as exciting as the monster waves of Teahupou in Tahiti are, that’s all there is down there. The North Shore is simply unique.

MARK: The waves are so dynamic, always changing from morning to afternoon, but so are the people. Socially, we have locals, second-generation guys, transients, weirdos. It’s always moving and evolving, expanding and contracting.

DIMARTINO: So do all these different personalities from around the world unite under the flag of surfing here on the North Shore?

FRED: Yes. Board makers, pro surfers, adventurers are all here for the same reason, but they are such diverse people. For example, I had a young man come in to my office from Bangladesh who came here just to surf. It proves that somewhere, even on the most remote beach imaginable, a kid is dreaming of surfing the North Shore.

MARK: Yeah, I’ve made close friends from all around the world, from Peru to Japan. The North Shore exposes you to different ways of life, and as a kid growing up, that was a great thing. On the mainland, most kids don’t get a chance to learn how other people live like I did. It gives you a different, more worldly perspective.

DIMARTINO: Do you guys have favorite waves?

MARK: Pipeline is my favorite, the planet’s most unique wave and the proving ground for the world’s best surfers. If you want to be a pro surfer, you’re gonna have to pay dues at Pipeline.

FRED: Listening to you guys, I feel like deciding on a favorite wave is like deciding who you love more, your mother or your father. But if I had to pick one, I’d say Waimea Bay. There’s no drop like it.

DIMARTINO: You guys talked about how the waves are always changing here, but so is the North Shore itself. You think the change has been too much for this little stretch of beach?

MARK: It’s changed a lot since I was a little kid, but I think that’s inevitable. The concern is whether it’s healthy or not, and a lot of the land is being used positively for agriculture, so there is a yin and yang to it.

FRED: We’ve done a good job of putting a lid on excessive growth, so it doesn’t become like Waikiki. There is no room for that, the North Shore is a treasure and should be preserved. That’s what’s nice about Turtle Bay Resort. There’s a need for it since there has to be at least one place for tourists, but I’d hate to see a hotel at Sunset or Pipeline.

DIMARTINO: With all these changes and the surf getting more crowded, what is it about surfing that still gets you stoked?

MARK: I love the unknown, the frontier aspect of surfing, and I think we have more to explore. After all, waves are like snowflakes, never the same.

CLYDE: It’s my son, Ha’a, who gets me stoked. In a way, he keeps me young and has filled that empty spot that was left by the death of my brother, but I also find this gusto and spirit to ride again while watching his excitement and power in the water. With Waimea breaking this week, you can bet this old guy will be ready to rock. [Group laughs] 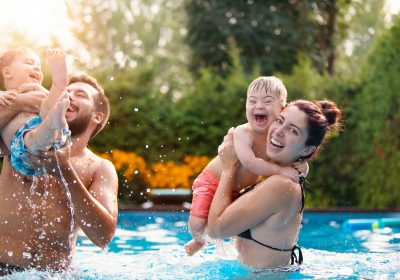 The Best Destinations to Visit with Kids this Summer

Summer is just around the corner, which means no more school and more family… 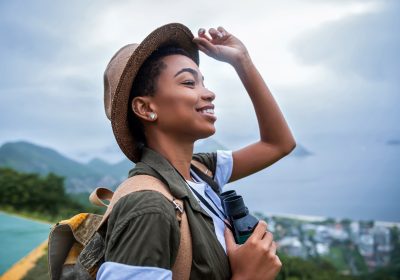 The last two years have been stressful. You’ve read it in newspapers, magazines, and on… 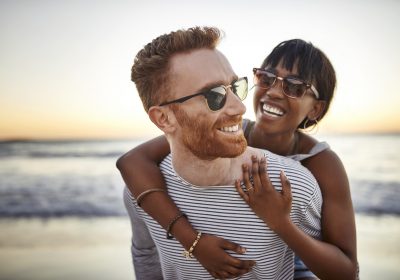 Have love, will travel: The gift of a romantic getaway

Have love, will travel: The gift of a romantic getaway  Wine is…